Making major changes to your home can be hazardous...

The Effects of Climate Change on Your Health

An important question: What consistently progressi...

Plasma Donation: What You Need to Know

Do you want to give the gift of life? When it...

How to Get the Most Out of Your Dermatology Appointment

Got a suspicious-looking mole? How about adult-ons...

Are you a child at heart? If so, you’re definitely...

4 Types of Headaches and How to Treat Them

5 Ways to Transform Yourself into a Morning Person

Are you a morning person or a night owl?If you’re...

4 Things Your Body Language Says -- About You and Others

We often think about how words impact our lives. B...

8 Ways Caffeine Does You Right

Are you a caffeinated coffee lover? How about a Mo...

How Ultrasounds May Benefit Breast Cancer

It saved Dr. Nancy Cappello’s life. And it could s...

4 Ways to Keep Your Hands and Nails Youthful

Have you ever met a woman who has a face that look...

You think it’s going to be the perfect selfie. Tha...

8 Benefits of Gardening on Your Health

Believe it or not, having a green thumb can actual...

6 Ways to Improve Your Posture

“Stand up straight.” Mother may not have known abs...

Lucky 7: Health Numbers You Should Know

Do you know your “Lucky Seven?” You should if you...

Are you tired of conventional relaxation treatment...

What Puts You at Risk for TSS?

As we get older, we notice rashes, bumps and spots...

Skin Tags? Here’s What to Do

Are you struggling with unsightly skin tags?Let’s...

Super Lice? Here’s How to Avoid and Treat Lice

Your child comes home from school scratching his h...

6 Ways to Have a Healthy Kitchen

The statistics are shocking. One out of every six...

Most people invest in insurance for their health,...

How to Avoid the Middle-Aged Spread

Are you worried about packing on the pounds as the...

People around the world were shocked when a 37-yea...

Could You Save a Life? The Truth About Bone Marrow Donation

Did you know that a bone marrow transplant can sav...

Work Out For a Cause: 6 Great Charity Choices

Need a little motivation to get into that dreaded...

All-Natural Cleaning Products You Should Use – and Ones to Skip

Are you going green?According to The Nature Conser...

5 Tips to Make the Most of Your Annual Doctor Visit

Is it time for your annual physical?When it comes...

According to the American Cancer Society, carcinog... 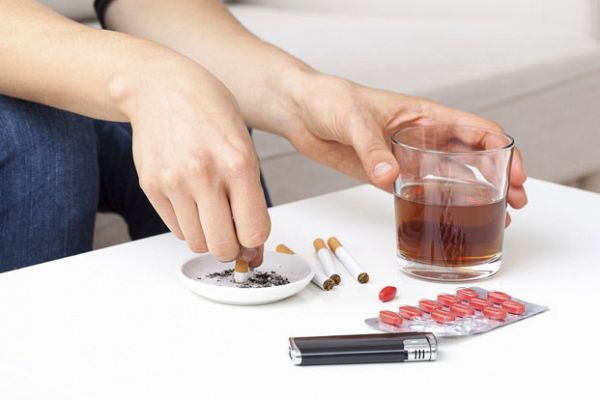 Perhaps the scariest word you can hear uttered from your physician’s lips is the “C” word. Yeah, cancer.  According to U.S. statistics on cancer occurrences, more than 43 percent of men run the risk of developing all types of cancer, and one in four stands a chance of dying from the disease. For women, the risk of developing cancer is about 38 percent. The chance of dying? One in five. That’s why cancer is so scary, a fourth or a fifth of us will lose our lives to it.

Abnormal Cells Are the Problem

Cancer is the general term for about 100 diseases. Though there are many different types of cancers, one thing they have in common is that they are made of abnormal cells that grow out of control that cause illness of death. What makes a cancer cell different from normal cells? Cancer cells don’t die as they should in a normal cell’s cycle. They continue to grow and create new abnormal cancer cells, often forming tumors. Cancer cells can also invade nearby tissues and organs, growing into them. Normal cells can’t do this.

Inherited genes for cancers are mostly non-players in the blame game. Genetics or “family cancer syndrome” only accounts for about five or ten percent of cancer cases. This is often referred to as “inherited cancer” but cancer itself isn’t inherited, the gene is. Genetic defects are also known as “mutations.”

Overwhelmingly, most genetic defects are caused by mistakes in the replication of DNA, the blueprint of the cell, or the introduction of foreign substances from the environment, including lifestyle-connected habits, such as tobacco.

So listed here are things that could give you cancer. Some of them are obvious, some not so apparent. See which ones apply to you, and if the spirit moves you, do something about it!

blog comments powered by DISQUS back to top